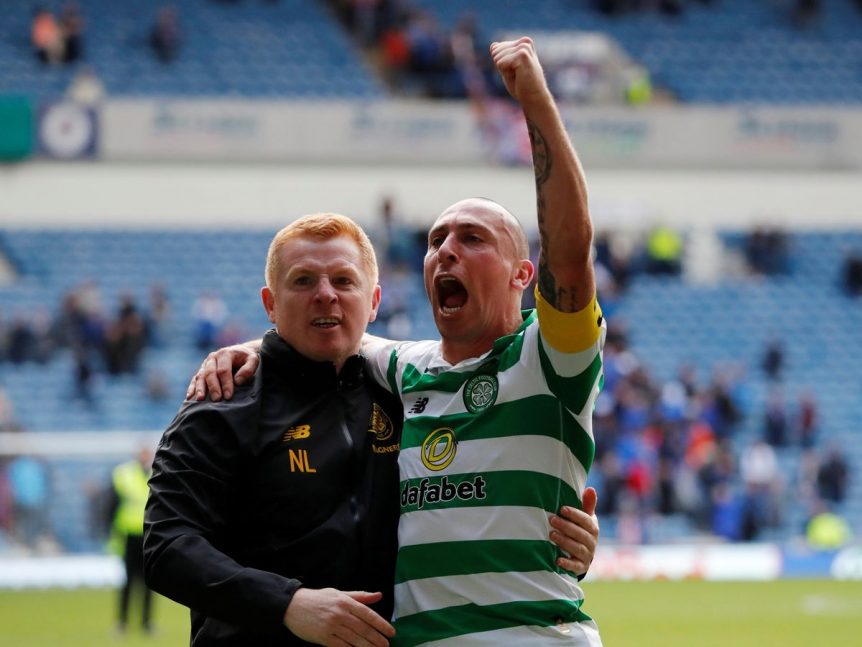 Celtic fans are celebrating a dominate 2-nil victory over Rangers at Ibrox. The home support again started leaving early as the Bhoy’s put the game to bed and let the party begin.

A lot of pressure was on the Hoops heading into the encounter. However, Neil Lennon’s men showed composure, discipline and a touch of class to pick up all three points.

It was Odsonne Edouard’s cool finish from a Mikey Johnston through ball that sent us towards the win, to the delight of 800 away supporters in the stadium and the rest of us watching on from home.

Jonny Hayes would later kill it off in stoppage time after a breakaway counter-attack.

The Bhoy’s now move 3 points clear at the top of the SPL.